TSB ACCOUNTS & FORMS
In the first phase, ETSB account was opened for the employees of the Departments listed at Annexure I. The salary disbursement of the employees in these departments for the month of June 2019 would be through this newly opened ETSB accounts and would ultimately be credited to the existing beneficiary accounts in SPARK system, though it is through the newly created ETSB.
However during July, 2019, ETSB accounts will be opened for all the remaining departments as the second phase and their salary for July 2019 will be through the ETSB accounts. The new system would become fully functional for the disbursement of salary for the month of July 2019. The pay and allowances of all the State Govt employees for the month of July 2019 will be credited in full to the newly created ETSB accounts of the employees.
From July 2019 onwards, further transfer of amount from the salary credited in the ETSB to other accounts will happen only if the DDOs and employees take initiative.
The following detailed instructions are issued for timely action from the part of respective stake holders as detailed therein.
DDOs
·         A facility will be available in BiMS for DDOs to setting standing instructions for the transfer of fund from the ETSB account of the employees under his/her control as agreed to by the employees. The DDOs can access this facility by using his existing user credential for BiMS. Before setting such standing instructions, the DDO should get written consent from the employees. When the employees give consent to set transfer of full amount from ETSB account, the DDO should explain the employee about the benefits in retaining amount in ETSB account.
·         The DDOs should collect written consents from the employees before 15/07/2019 and should complete the setting of standing instructions in BiMS before 25/07/2019. It should be ensured that standing instruction for all the employees are set in the BiMS before submitting the salary bill for July 2019 in treasury.
·         DDOs can also cancel or modify the already set standing instructions on written request from the employee.
·         The DDOs should issue internal circulars for the purpose and should ensure that all employees of the office are properly informed of the new system and the requirements from their part.
·         The ETSB has also the facility of Net banking, Passbooks and Cheque Books. For providing these facilities, formal KYC from the employee is essential. For this purpose, the DDO should collect properly filled KYC and countersign the same after verification with reference to office records. The KYC so collected should be furnished to the Treasury Officer concerned.
·         DDOs can collect KYC forms either from treasury or can download from the treasury website (www.treasury.kerala.gov.in under 'FORMS' Link).
·         In the case standing instruction setting, separate registers should be maintained by the DDOs for its proper watching and monitoring.
·         It should be the personal responsibility of the DDO if an employee is not able to withdraw his/her salary because of not setting standing instructions in the BiMS.
Employees
Salary of all State Govt employees for the month of July 2019 will be credited to the ETSB account of the employees and transfer of any amount to any other account from ETSB account would happen only on the basis of the written consent of the employees. Employees should submit written consent to their DDO concerned detailing the periodicity and amount to be transferred from their ETSB account so as to set the same by the DDO. DDO can set standing instructions in BiMS for the transfer of amount from the ETSB account as desired by the employees.
The transfer of amount from their salary amount credited in the ETSB will be in accordance with the instructions so set by the DDO as consented by him/her. Employees are at full liberty to choose his requirements, ie, he/she can choose either to transfer his full salary to his existing destination account or retain full or part of the amount in the ETSB for the prescribed period.
Those employees who wish to get net banking facility, pass book and cheque book for their ETSB should submit duly filled KYC form and application (Net Banking) (https://tsbonline.kerala.gov.in ---> New User Registration) to the DDO concerned.
The DDO, in turn, will forward the same to the Treasury Officer concerned after verification and countersignature. The treasury will issue these facilities to the employees through DDO on priority.
Employees can cancel or modify once set standing instruction by giving request to the DDO.
After the updation of KYC in treasury system, the employee will become eligible for using cheque for withdrawals from ETSB account for availing online transaction.
On line transaction credentials will be enabled either through on line registration or off line, registration at treasury counter. For on line registration, facility is available in treasury website.
For obtaining on line transaction credentials, AADHAAR linked mobile number has to be updated in the TSB master. Hence, those employees who wish to avail on line transaction credentials should provide AADHAAR linked mobile number in KYC form.
Treasury Officers
·         Treasury Officers should make necessary arrangements for updating the KYC details in the TSB system on priority as furnished by the DDOs.
·         Treasury Officers should issue pass books and cheque books without any delay as and when the request is received from the account holder/DDO.
·         Each treasury should open a special counter to deal with the issues related to ETSB accounts and its transaction.
·         Treasury Officers should ensure that sufficient KYC form, Pass book and Cheque books are available in the treasury.
·         In every treasury, the Treasury Officer should nominate an Accountant as the Nodal Officer, preferably the coordinator or administrator of the treasury, for overseeing the implementation of ETSB system and his/her mobile number should be shared with the DDOs attached to that treasury.

ACTS I RULES I ORDERS 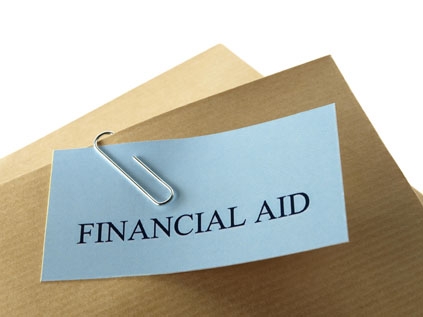